Together, DHL and Avidbots will bring the most advanced floor-cleaning automation tool to many of the thousands of sites DHL manages in 220 countries and territories. The new partnership builds on earlier cooperation signed in 2019 between Avidbots and DHL in North America.

DHL will deploy Neo floor-scrubbing robots in warehouses it manages worldwide. Neo is used in many commercial locations and is especially suited to dynamic warehouse environments. Using advanced 3D sensors, cameras, and AI, Neo autonomously navigates in warehouses, automatically detecting and avoiding obstacles such as humans, boxes, forklifts, and other robots. With Neo, warehouse floors are always clean and dust-free, ensuring optimal operations as well as worker health and safety.

“DHL’s strong vote of confidence in the Neo floor-scrubbing robot is a testament to the hard work the entire Avidbots team has put into building the world’s only fully-autonomous floor-scrubbing robots,” said Faizan Shiekh, CEO, and co-founder of Avidbots. “We’re thrilled to expand our partnership to deploy Neo robots in DHL warehouses on every continent.”

While most robotic floor-cleaning machines are simply manual models retrofitted with software that allows them to travel a few pre-programmed routes, Avidbots Neo is the only fully autonomous, AI-driven commercial floor-scrubbing robot, delivering the industry’s highest quality floor maintenance.

Neo is currently deployed at hundreds of sites on five continents, including warehouses, airports, malls, hospitals, universities, manufacturing sites, and train stations. Neo has gained a particularly large customer base in the warehouse space as it is the only floor scrubbing robot to effectively operate in dynamic environments with many continuously moving obstacles. Other floor-cleaning robots must be pre-programmed to follow set routes, but this doesn’t work effectively in warehouses where goods and people are always on the move. Only Neo leverages the most advanced AI to understand its environment, avoiding large and small obstacles and re-routing its pathway on the fly.

DHL and Avidbots will work closely together over the next year to identify warehouses worldwide
that could benefit from Neo floor-scrubbing robots. 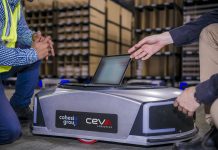 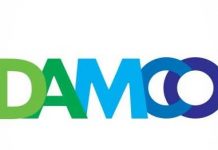 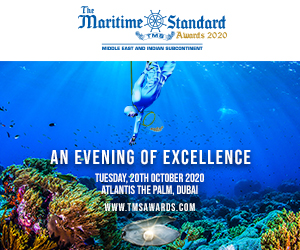 Agility Defense & Government Services (DGS) is among the companies chosen for a position on a new U.S. Army contract to manage...
Read more