International trade is one of the most important drivers to thriving modern trade. In order to continue facilitating this, countries around the world have begun to come together to form economic agreements which eases the flow of goods across borders. The birth of ASEAN in Southeast Asia was a giant step forward, as the members agreed to a common goal of cooperation to develop and drive their countries forward together.

Three decades ago, trading and cross-border shipments in Thailand was much more complicated compared to today. The country was simply not ready or welcome to foreign economic growth at that time. However, a logistic service provider known as Bangkok Terminal Logistics (BTL), an associated company of NGOW HOCK CO., LTD was ready to pioneer the rail freight transport with a shipment from Thailand to Malaysia. Afterwards, BTL expanded their services with In-transit cargo transport in 1992. This made them one of five companies spear heading freight services towards major cities in Laos, Myanmar and Cambodia.

Now, BTL has made history becoming the first logistics service provider to receive approval to officially deliver rail freight to Laos by the State Railway of Thailand (SRT). To learn more about this milestone, we were given an opportunity to speak with Mr. Paitoon Vetchapipat, Senior Sales Manager of Bangkok Terminal Logistics.

BTL has been providing road transport from Thailand to Laos by trucks for over 27 years. However, the company began searching for a new approach to optimize their freight services while reducing their environmental impact. In 2009, an opportunity arose where the SRT first established a rail transportation network to Laos for the first time.

4 years later, BTL and SRT joined together to establish a rail freight transport from Bangkok Port (Klongtoey Port) to Nongkhai province. But because the Nongkhai terminal was not ready to support containers, BTL had to transit cargo to destination in Laos by trucks.

“We saw this service as an incomplete.” said Mr. Vetchapipat. “To us, a complete service must be able to transport the containers from port to destination in one stop. Once the Tha Nalang terminal in Laos was ready for service, the SRT invited us to operate this historic rail freight shipment which departed from Laem Chabang Port on July 30th and arrived at Tha Nalang on August 1st, with 40 TEUs.”

According to Mr. Vetchapipat, rail freight to Laos can provide advantages over other services. “Usually, cross-border shipments are operated by trucks, which enables usually fast deliveries, but it also comes with a higher cost. If a customer wanted to transport 40 containers to Laos, they would need 40 trucks. Whereas 40-60 containers can be shipped at once on 1 train, all the while reducing the environment impact and reducing the risk of road accidents.”

“That being said, train transportation takes more time to deliver. Therefore, the SRT is planning to expand from single rail into dual rails which would shorten the transit time by up to 50%. Once this plan comes to fruition, Thailand’s rail freight will be part of an economic drive to nation and surrounded countries,” Mr. Vetchapipat continued.

Mr. Vetchapipat also revealed that the Government of Thailand, Laos and China have signed an agreement to build a new bridge which will connect all three countries together, as part of One Belt, One Road project. “This bridge will have 2 meter gauge rail lines and 2 standard gauge rail lines for high speed trains, connecting Kumming, China and Nongkhai. Meaning Indochina and China will be connected for the first time in history.”

Aside from cross-border rail shipments, BTL is still continuing to provide border transportation by trucks to their customers. Moreover, BTL has another plan to expand their rail freight to Cambodia after the Aranyaprathet–Poipet Railway reopened for service on July 1st, 2019.

These new services are all part of BTL’s efforts to respond to their customers evolving needs. And with over 30 years of experience in logistics field, BTL is more than ready to step up as a leader of rail freight forwarding. 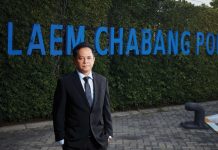 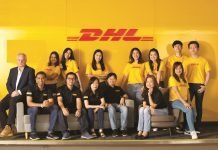 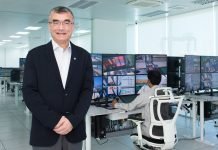 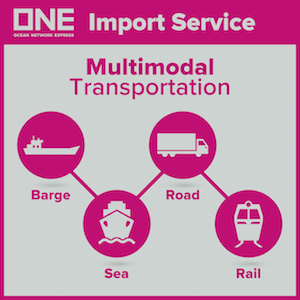 HMM was recently honored as the winner of the ‘Environmental Award’ in the Global Freight Award 2019. The award ceremony was hosted in London...
Read more
Ports and Terminals