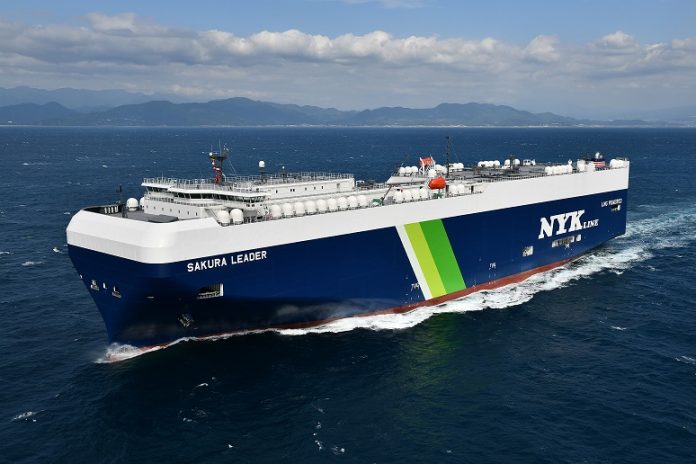 Earlier this year, NYK took delivery of Sakura Leader, a pure car and truck carrier (PCTC) capable of navigating oceans with only LNG as the ship’s main fuel. This delivery marks a remarkable step toward achieving NYK’s environment management target, which is to reduce CO2 emissions per ton-kilometer of transport by 50% by 2050. The vessel was built at the Shin Kurushima Dockyard of Shin Kurushima Toyohashi Shipbuilding Co. Ltd.

Sakura Leader was selected as a model project by Japan’s Ministry of Environment and Ministry of Land, Infrastructure, Transport, and Tourism, and will receive support from the ministries for technical verification of CO2 emission reductions during actual voyages.

NYK is positioning LNG fuel as one of the bridge-solutions until future zero-emission ships are realized. NYK plans to switch all its newly built PCTCs to LNG-fueled vessels about a decade in the future and is aiming to further advance to zero-emission vessels utilizing low-emission marine fuels such as hydrogen and ammonia from around the mid-2030s.

Following its medium-term management plan “Staying Ahead 2022 with Digitalization and Green,” the NYK Group has incorporated environmental, social, and governance (ESG) criteria in the company’s business strategies, and seeks to enhance the company’s corporate value as well as contribute to the sustainable development of society through business activities. Promoting replacement to next-generation eco-friendly ships in the PCTC fleet is one of the group’s activities. 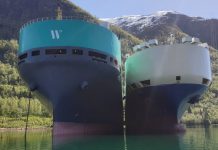 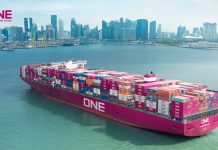 Ocean Network Express Thailand Presses on Full Steam Ahead into 2021