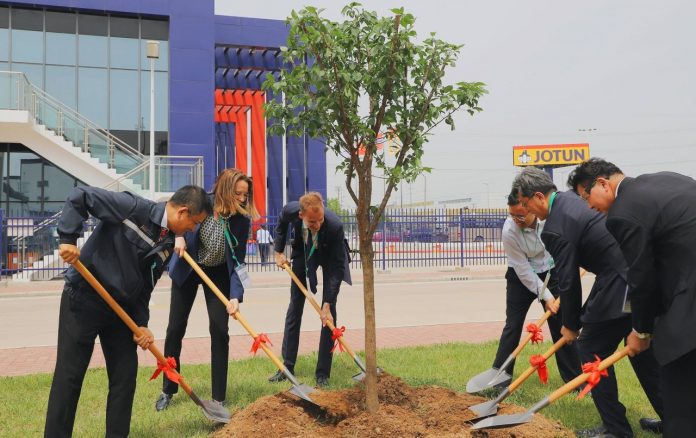 The Ambassador and government officials joined the celebration of 10-year anniversary of the foundation of Jotun COSCO, and attended the donation ceremony of Jotun COSCO to charities in Qingdao High-tech Zone. Mr. Michael Shum, General Manager of Jotun COSCO delivered a welcome speech, introducing the company’s efforts in the past 10 years to construct leading green production which gives top priority to “green manufacturing”.

Ms. Signe Brudeset, the Ambassador of Norway, delivered speeches, expressing her congratulations on the accomplishments of Jotun COSCO in the past decade, her best wishes for the company to achieve more successes in the future and her wishes for a long friendship between China and Norway.

Mr. Wang Zhen gave high praise for Jotun COSCO’s achievements in promoting a green development philosophy of safe, healthy, and environmentally friendly production, in facilitating cooperation between China and Norway, and in boosting local economy and undertaking social responsibilities, saying the company is an industry benchmark.

Jotun COSCO and Qingdao have gone through trials and hardships together in the past decade, their assiduous efforts have also yielded many successes and accomplishments. Mr. Wang Zhen offered Jotun COSCO “Economic Outstanding Contribution Award” at the event, for its great contributions to Qingdao. In the presence of the Ambassador of Norway and other leaders, Jotun COSCO made a donation in Qingdao High-tech Zone. 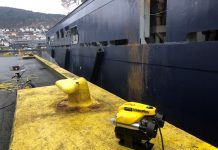 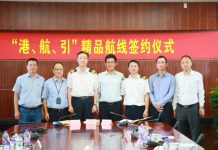 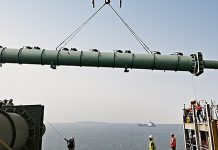 New Container Gantry Cranes Arrive at the Port of Hamburg