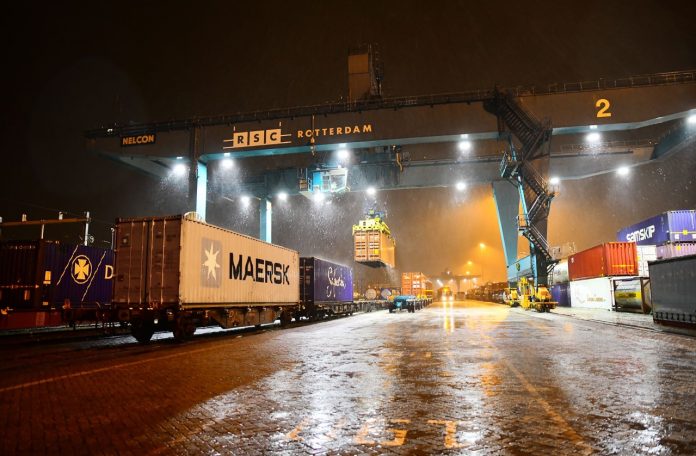 The Port of Rotterdam have announced they’ve gained their first direct rail connection with China. Maersk recently dispatched a 640-m long freight train to the provincial capital of Xi’an in China. Xi’an is the eastern terminus of China’s New Silk Road.

The train carried Nestlé powdered milk for babies, which was produced in Ireland and transported to the port of Rotterdam by short sea shipping.

Alexander Hau, Product Manager Intercontinental Rail, North West Continent at Maersk, said: “Maersk approached an existing customer in order to improve their speed to market by reducing their transit times via MAERSK’s Intercontinental Rail service from and to China. The origin in Ireland was the first priority for our customer who immediately supported us with volumes to form two dedicated MAERSK block trains to China as the first of many. When designing the solution connecting from Ireland to the European main land via feeder vessel, we have acknowledged that the Port of Rotterdam offers the perfect link to connect feeder arrival and train departure nearly at the same location. This easy way to access the newly developed rail departure to Xi’an will also help to link further customers via existing MAERSK intermodal services from and to Rotterdam in the near future.”

Emile Hoogsteden, Vice President Commercial at the Port of Rotterdam Authority said: “This new direct rail connection between the port of Rotterdam and China is a fantastic first step. It has definitely whetted our appetite. Rotterdam has an excellent short sea network, and this initiative shows that freight trains form an efficient alternative thanks to our solid rail connections with the hinterland.” 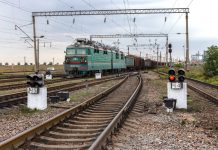 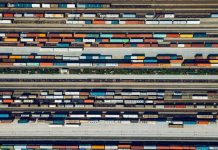 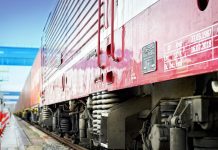 A Look into the Port of Hamburg, the Gateway to the...