Having supported Rangers for several years with stadium advertising and corporate hospitality, SEKO became Rangers’ Official Logistics Partner at the start of the historic 2020/2021 season, which has seen Rangers take the title nearly two months before the season comes to an end.

Working in partnership with Rangers’ Retail and Kit partner Castore, SEKO has already fulfilled hundreds of thousands of orders and completed deliveries to supporters in 89 countries – but the commercial surge is only just beginning.

Through its partnership with the Club, SEKO’s brand has been displayed throughout Ibrox Stadium and on the upper back of the shirt of all first-team playing kits this season.

Rangers’ Director of Commercial and Marketing, James Bisgrove, commented: “We’re thrilled to have SEKO as our Official Logistics Partner and to have formed another valuable commercial partnership and relationship for the club. As a truly global organisation and leaders in their field, SEKO aligns perfectly with our international ambitions, supporting the Rangers’ partnership family as we celebrate this season’s achievements and now look forward to one of the most exciting times in our history. SEKO is playing an integral role in the distribution of Rangers’ merchandise to supporters in all corners of the world and, together with Castore, is helping us ensure our global logistics operation for Rangers’ products is second to none.”

SEKO’s global network of over 120 offices in 40 countries worldwide makes it a perfect fit to meet demand from Rangers’ international fanbase. As well as fulfilling individual customer orders, SEKO is also providing direct-to-store deliveries to Rangers’ two retail stores in Glasgow and to Castore shops in other parts of the UK. SEKO is also managing the personalisation of kits with players’ names as part of its value-added order fulfilment service.

Ronnie Scobie, Commercial Director of SEKO Logistics, said: “SEKO Logistics extends its warmest congratulations to Rangers Football Club for their outstanding achievement this season. We are extremely proud to have been chosen as the first Official Logistics Partner of Rangers Football Club, and we expect to play an even more important role in its commercial growth next season, with the team’s success on the field expected to lead to the highest-ever demand for kits and other retail products. The brand association for SEKO is also helping us reach a bigger and wider audience, and this has already produced new opportunities for our range of global 3PL services.” 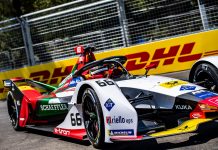 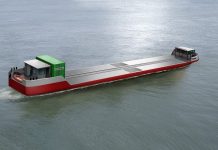 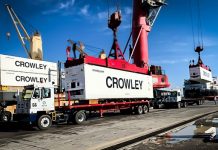 ONE Adds New Service from Asia to Indian Subcontinent