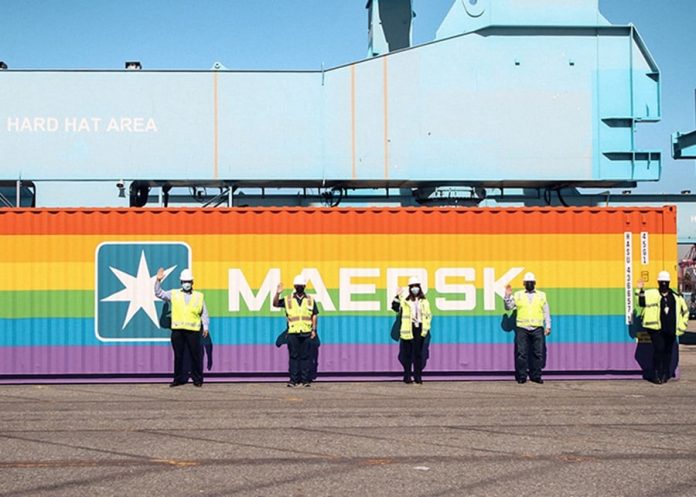 In July 2020, Maersk skillfully painted two fully functional containers with a rainbow to join Maersk’s fleet. On March 11, 2021, they will embark on their World Tour.

The first part of the 40 and 20-foot rainbow containers’ journey will be aboard the Maersk Edmonton from APM Terminals Pier 400 in Los Angeles to Yokohama and stopping at several locations across Asia Europe and finishing their tour in Denmark for Copenhagen Pride 2021.

During their World Tour, the containers will be available to A.P. Moller Maersk employees during strategic points in its journey for them to sign. Already APM Terminals and Maersk employees in Los Angeles have started this signage tradition.

The rainbow containers will have a few more stops where employees will get this opportunity to see and sign the units before they arrive in Copenhagen.

Rachel Osikoya, Head of Diversity & Inclusion, A.P. Moller – Maersk, commented, “We are really excited that our rainbow containers have now started their way around the world. While the outside of these containers represents the company’s stance on diversity and inclusion, the inside of the containers will represent our Employees’ personal commitment.”

When asked of his involvement in the making of these two containers and coming up with the idea, Rob Townley, Regional Head of Special Projects for Maersk, mentioned, “When we initially thought of this idea, it was during a time we launched our Maersk for Inclusion Excellence groups in the North America region – a group of 100 employees joined by their passion and commitment to lift diversity and inclusion within our company. Then and now, these containers somewhere along their journey will be a reminder to those who feel different or like they don’t belong that they are not alone. Someone, somewhere, is standing with them and accepts them regardless of their race, gender, age, ethnicity, sexual orientation, religion or disability.”

An investment beyond a symbol

Maersk’s rainbow containers have served as a symbol of inclusion and diversity, boldly sharing with the world the company’s stand on creating a culture where all employees, partners, and customers feel welcomed and can be themselves without judgment.

They not only serve as a symbol for the company, but they have also been involved in important humanitarian work, including the delivery of relief cargo to hurricane survivors in the United States just this past year. Maersk’s clients are also showing interest in using these rainbow containers to move their goods around the world. 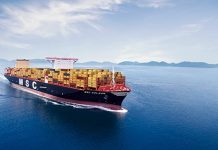 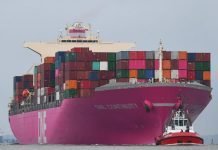 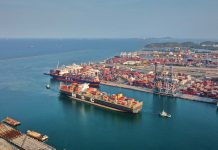